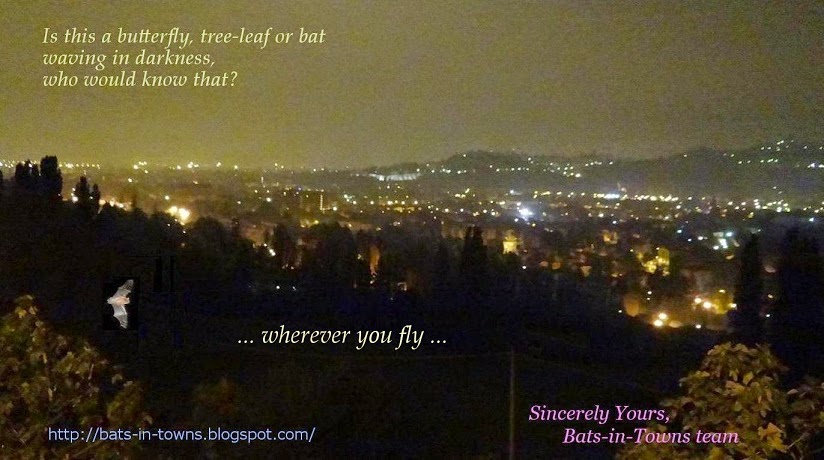 
Bats (Chiroptera) are small mammals that can fly, hibernate, migrate and echolocate. They live in various habitat types from natural to urban, but people rarely see them and many even doubt that they exist! That is because bats are night-active and often silent to human ears, especially when in flight.


Over 40 species of bats are found in Europe, most of them also live in towns. But the present website is mostly dedicated to bat species living in northern Europe (north of 55 n.l.). However, in case of possibility our team also carries out research in other regions – we like to learn bats wherever they are!

Some species are relatively abundant and widespread (like Eptesicus nilssonii, dominating in all northern countries), some are locally abundant (like Myotis dasycneme in certain types of landscape), some are relatively rare (like Myotis nattereri, who requires specific habitats some of which are scarce in the north). Finally, some are accidental visitors, extremely rare species which are hard to find even during in depth research, probably because they are present during very short periods (like Pipistrellus pipistrellus and P. pygmaeus in certain areas of Estonia).

Bats are protected animals. Are they?

Officially, all bat species are protected in Europe, but some of them are protected more strictly (so-called „Natura species“ like Myotis dasycneme and Barbastella barbastellus). Special laws and international agreements have been adopted in Europe to protect bats and their habitats (Habitats Directive, SEA Directive, EUROBATS etc.).

Thus, nature conservation in Europe, bat conservation included, stands on the above legislation, and also on the Natura 2000 data -- the European network of protected sites. How efficient nature conservation is in reality, this depends on the IMPLEMENTATION of protection methods (measures). In other words, if efficient conservation measures are implemented, then bat populations can survive. And, vice versa, if they are not implemented then they cannot survive. This is a dualistic Hamlet's question: „to be“ or „not to be“? Nothing more, and nothing less.

How to implement bat conservation in Europe?

For me, an expert of European boreal fauna since the 1980s, the answer to this question has been very clear already from the beginning. But for many other people, perhaps for most people, it is not clear even today.

In order to gain elementary knowledge about the situation in various habitats where endangered animals and plants live, the work of nature conservation scientists (experts of different groups of animals, plants and habitats) should be recognized and efficiently implemented each year and in each country. There is no other way to get results in nature conservation, i.e. to really protect the values of nature!

Because human influence is everywhere in Europe, and because human activities often destroy natural habitats in various ways and on various levels (including levels that most people are not able to comprehend), bats and many other living creatures are constantly at risk. In many places they live on the verge of extinction today, or have been destroyed already. This should be a very serious signal to mankind and, especially, to those responsible for the protection of nature.

What should be done? And what can be done today?

If not measured, if the will is not strong enough, then the situation remains unclear. Then it is not known which animal species (populations) suffer and which do not. Where they suffer and where they do not? What causes their suffering? And, what can be done to prevent this loss? All those questions can be properly answered only if the experts of nature are allowed to carry out their expert work.

Thus, the authorities responsible for the preservation of the values of nature in their communities are hereby invited to order the work of bat experts!

Bat surveys in towns and elsewhere

Bat surveys can give the first information about bats living in the area. One survey should be carried out either during one season (warm or cold) or during a year.

During the warm season (from spring till late summer) ultrasound detectors are used to find, identify and count bats. Additional species identification is made using recorded sound samples collected from the area. All bats found can be put on the map. Counting sites can be mapped as well, which allows to repeat bat counts exactly at the same sites in the future.

During the cold season (autumn and winter) visual counting of hibernating bats in underground sites is implemented, using hand torch, without disturbing the animals. The result of this count is a minimum of bats hibernating at this site during the count. During the study of underground sites different conditions of the site (such as temperature, humidity) can be measured, thus bat hibernation will be better understood.

A bat survey will give answers to the following questions essential e.g. for planning works: 1) which bat species live in the area?, 2) how abundant they are?, 3) what are they doing there?, 4) exactly when during the year do they use this area?

This information is a reliable ground for bat-friendly planning activities both in towns and in the countryside, in urban areas as well as away from them. That is why a bat survey is often the first step and the first study proposed by bat scientists to the authorities running the community.

During the first bat survey carried out in the study area, special bat counting sites can be established and first bat counts made there. This is a basis for monitoring bat populations, as well as the conditions of their habitats, over time.

During warm season (from spring till late summer) the most efficient counting methods are line counting (LC) and point counting (PC) in which ultrasound detectors are used. Both methods can vary (e.g. depending on the site), but at the same study area they should be always implemented in the same way. Only then changes in the counting results will reflect actual changes in bat populations.

During cold season (autumn and winter) the common counting method is visual counting of hibernating bats in underground sites using hand torch, without disturbing the animals. Regular counts of hibernating bats carried out at the same sites reflect the following: 1) situation with the site, including conditions for bats; 2) changes in bat numbers over the years; 3) behaviour of bats, e.g. changes in their preference towards certain roost types. Consequently, if the number of a certain bat species at a selected hibernation site increases this does not mean that the whole population increases.

Thus, the counts of bats carried out in underground hibernation sites alone do not necessarily reflect changes in bat populations. Detector-based counts are far more reliable to ascertain those changes. That is why detector-based methods implemented at foraging sites (and at other sites where bats fly) are strongly recommended for monitoring bat populations inhabiting the area.

The work of bat experts

The work of bat experts can be ordered basing on the information published on this website.