After 40 years of learning and working in the field of animal conservation in Europe our experts have by now attained the highest possible level of this work. So, now we are ready to set our own rules which originate from the requirements of nature conservation (NC) work on planet Earth in the 21st century.

In April and May 2017 we have released some of our works as good examples for those who wish to follow. These works include a project report, a presentation, and a movie -- all dedicated to a special area of natural values situated in North Espoo, Finland. With these examples we are happy to announce our Genius level works to be opened for those interested. -->

Over 40 years we have studied small terrestrial vertebrates, many of which are in need of protection, so their populations can survive. During the last 20 years we have been focusing on bats (Chiroptera), a group of small mammals threatened throughout Europe.

Thus, we continue providing expert advice in animal conservation work in Europe, doing it on the highest possible level. Each of our works is dedicated to solving a special problem in the field of NC, so bodies interested in implementing nature conservation are hereby kindly asked to participate in our activities. Each of our work will give crucial results in protecting the communities of threatened animal species, if implemented as we have advised.

We are well aware that in today's world, and in today's Europe, there exists a huge bureaucratic system of wasting the resources, including in the field of nature conservation. This adverse system is robbing the society and is actively participating in ruthless destruction of natural values around the planet.

Consequently, one of our important tasks is to inform the human society about this destroying system, so the means of REAL NATURE CONSERVATION (RNC) can be implemented.

NB! In the 21st of century it is only possible to protect natural values
if the advice of RNC experts is followed!

With our huge experience in studying and efficiently protecting threatened animal species and their habitats in Europe, we are waiting now co-operation proposals from those interested in the implementation of effective nature conservation measures.


The only possibility NOT to step on the rake again ... is to follow the advice of RNC experts!

expert of European boreal fauna since 1987 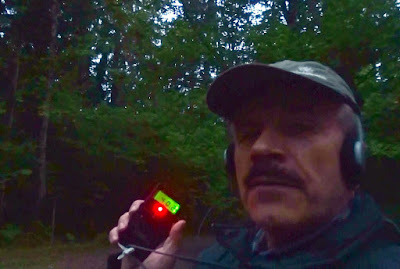